It goes without saying that the last year has been a challenging year, and Christmas is the perfect time to rest, recharge, and celebrate with loved ones wherever you are in the world.

But much like how countries have different holiday entitlement rules, it turns out Christmas is celebrated in different ways too.

This year we have compiled some of our favourite Christmas traditions from around the world: 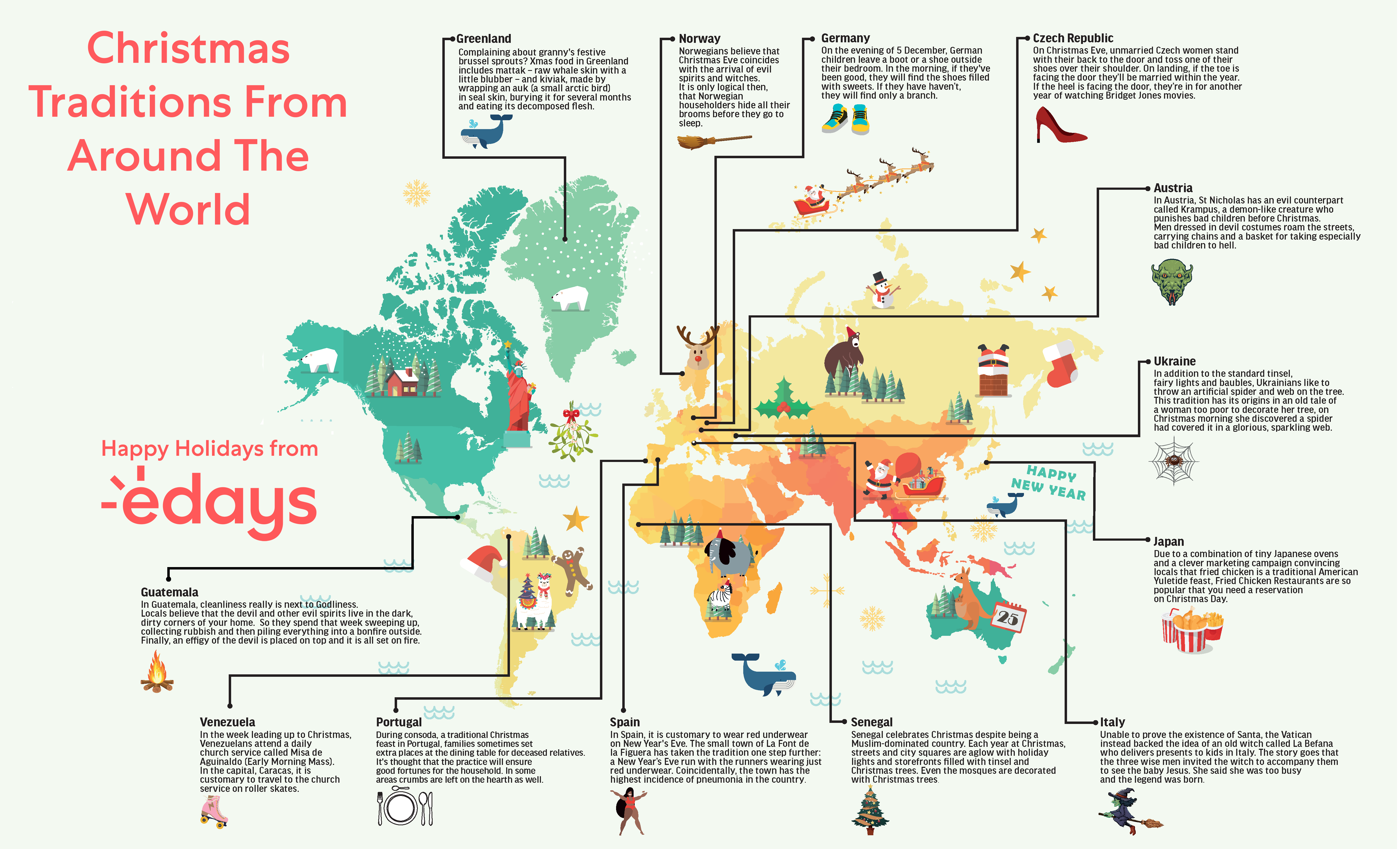 In Austria, St Nicholas has an evil counterpart called Krampus, a demon-like creature who punishes bad children before Christmas. Men dressed in devil costumes roam the streets, carrying chains and a basket for taking especially bad children to hell.

On Christmas Eve, unmarried Czech women stand with their back to the door and toss one of their shoes over their shoulders. On landing, if the toe is facing the door they’ll be married within the year. If the heel is facing the door, they’re in for another year of watching Bridget Jones movies.

In Guatemala, cleanliness really is next to Godliness. Locals believe that the devil and other evil spirits live in the dark, dirty corners of your home. So they spend that week sweeping up, collecting rubbish, and then piling everything into a bonre outside. Finally, an Effigy of the devil is placed on top and it is all set on fire.

Complaining about granny’s festive Brussel sprouts? Christmas food in Greenland includes Mattak – raw whale skin with a little blubber – and Kiviak, made by wrapping an Auk (a small arctic bird) in seal skin, burying it for several months, and eating its decomposed flesh!

On the evening of 5 December, German children leave a boot or a shoe outside their bedroom. In the morning, if they’ve been good, they will find the shoes filled with sweets. If they haven’t,
they will find only a tree branch.

Unable to prove the existence of Santa, the Vatican instead backed the idea of an old witch called La Befana who delivers presents to kids in Italy. The story goes that the three wise men invited the witch to accompany them to see the baby Jesus. She said she was too busy and the legend was born.

Due to a combination of tiny Japanese ovens and a clever marketing campaign convincing locals that fried chicken is a traditional American Christmas feast, Fried Chicken Restaurants are so popular that you need a reservation on Christmas Day.

Norwegians believe that Christmas Eve coincides with the arrival of evil spirits and witches. It is only logical then, that Norwegian householders hide all their brooms before they go to sleep.

During Consoda, a traditional Christmas feast in Portugal, families sometimes set extra places at the dining table for deceased relatives. It’s thought that the practice will ensure good fortunes for the household. In some areas crumbs are left on the hearth as well.

Senegal celebrates Christmas despite being a Muslim-dominated country. Each year at Christmas, streets, and city squares are aglow with holiday lights and storefronts filled with tinsel and Christmas trees. Even the mosques are decorated with Christmas trees.

In Spain, it is customary to wear red underwear on New Year’s Eve. The small town of La Font de la Figuera has taken the tradition one step further: a New Year’s Eve fun run with the runners wearing just red underwear. Coincidentally, the town has the highest incidence of pneumonia in the country.

In addition to the standard tinsel, fairy lights, and baubles, Ukrainians like to throw an artificial spider and web on the tree. This tradition has its origins in an old tale of a woman too poor to decorate her tree. On Christmas morning she discovered a spider had covered it in a glorious, sparkling web.

In the week leading up to Christmas, Venezuelans attend a daily church service called Misa de Aguinaldo (Early Morning Mass). In the capital, Caracas, it is customary to travel to the church service on roller skates. 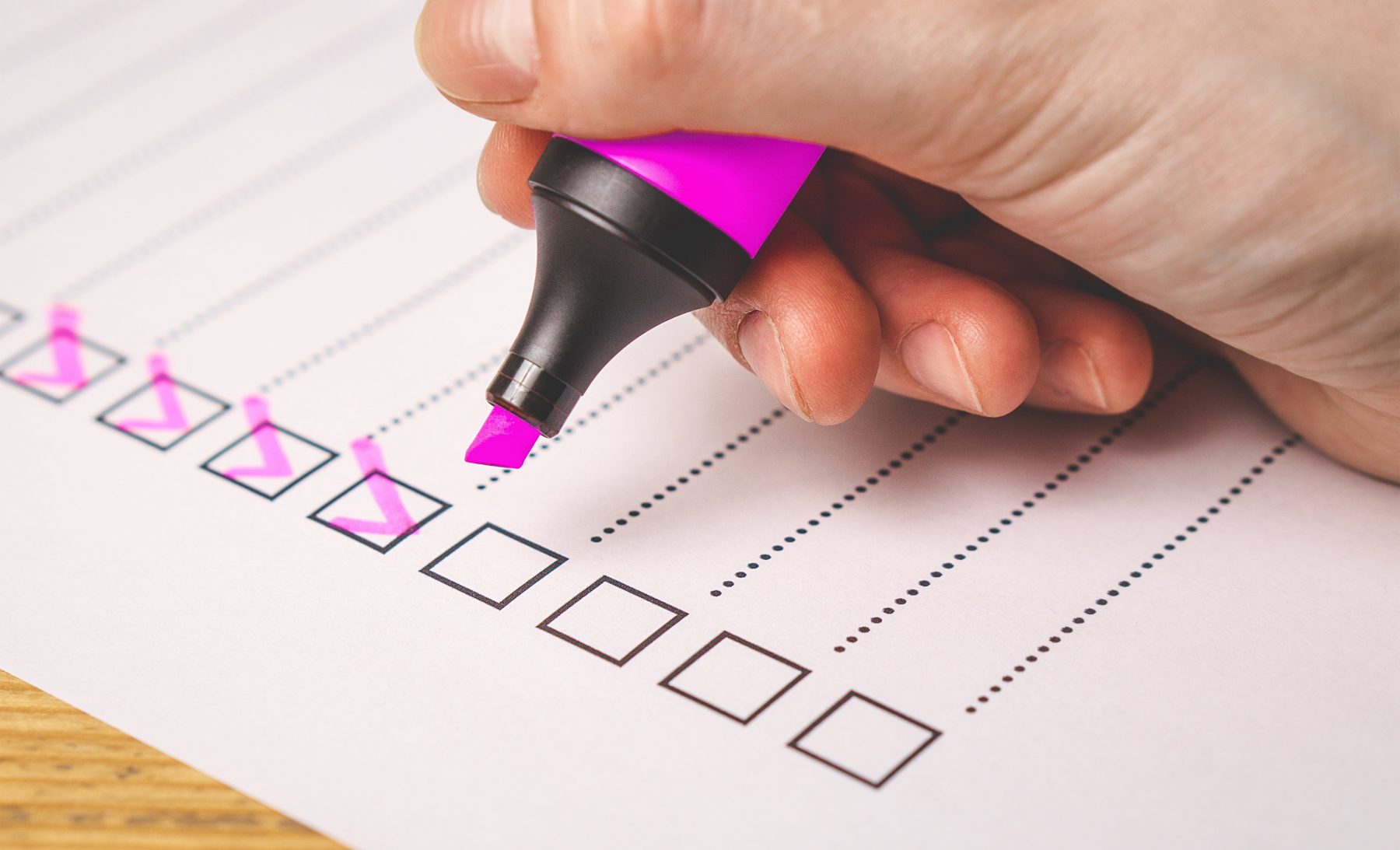 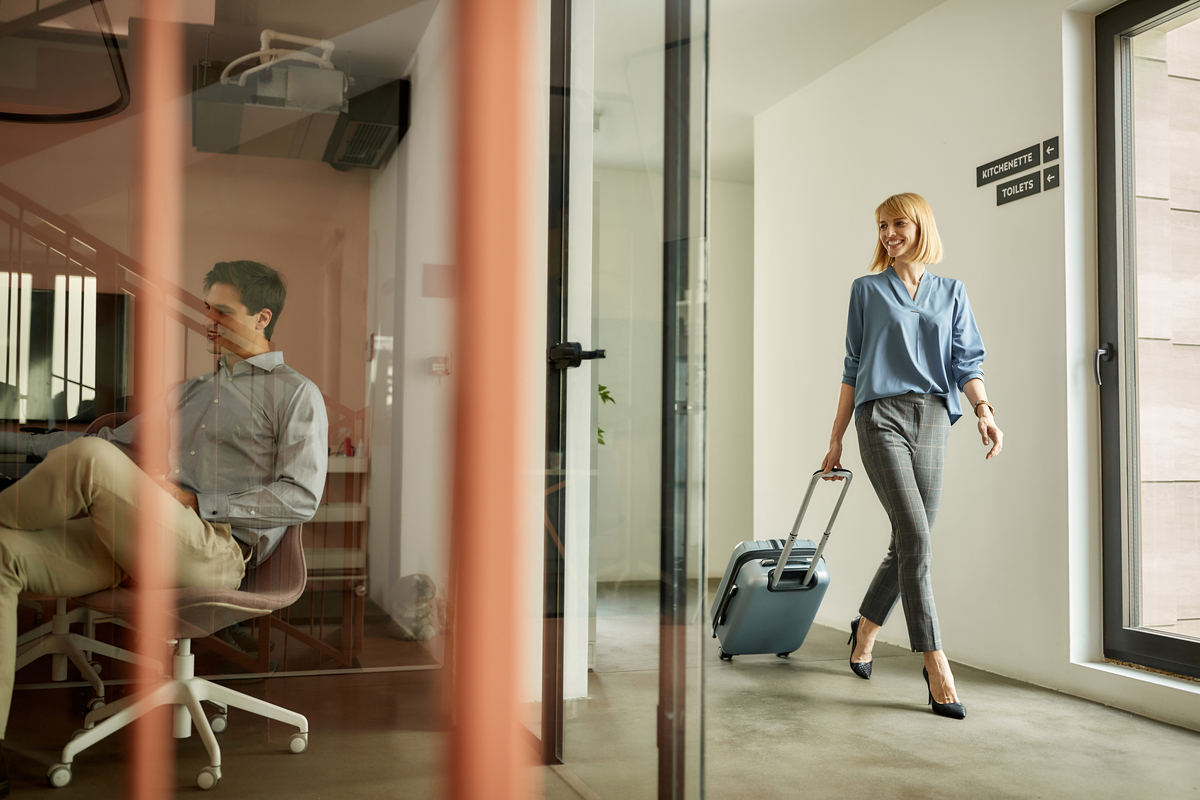 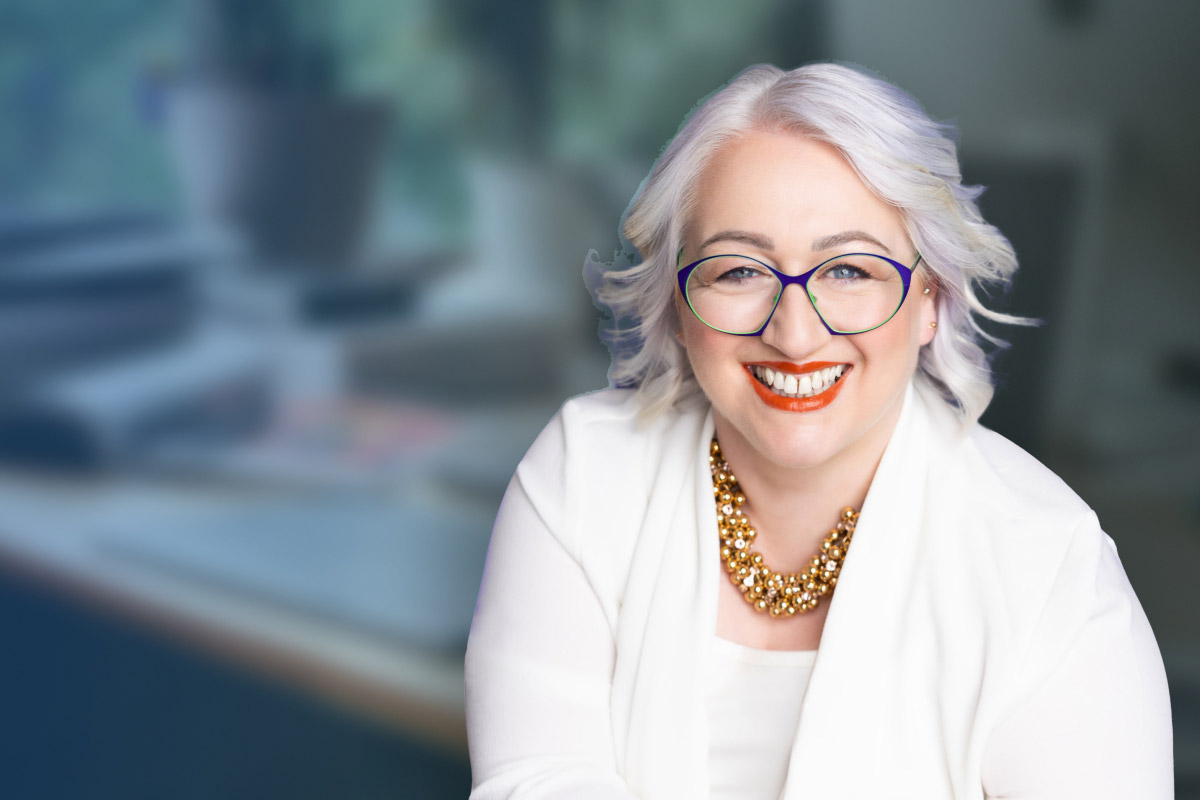