Holiday pay and entitlement are usually calculated based on the number of hours an employee works in a given period of time. But what if an employee’s technically not contracted to work any hours? What sort of statutory rights do zero-hours contract employees have?

In this post, we’ll explain how to calculate holiday pay and entitlement for zero-hours contract employees.

How is it calculated? It’s quite simple!

How to Calculate Holiday Entitlement for Zero-Hours Contract Employees

For full-time employees who work five days a week, the 5.6 weeks of annual statutory holiday entitlement equates to 28 days a year. It’s up to you whether you include bank holidays in these 28 days.

Employees start to accrue leave as soon as they start working for you. Employees on fixed-term contracts will accrue leave monthly in advance, and they’ll do so at the rate of 1/12th of their annual entitlement each month.

Zero-hours contract employees will accrue leave in the same way. But because they don’t work set hours, and because they may work a different number of days each week, it’s much easier to calculate their leave based on hours.

There are 52 weeks in the year. Less than the 5.6 weeks’ annual statutory holiday entitlement, employees must work for 46.4 weeks of the year. How does that translate into hours?

So zero-hours contract workers are entitled to a pro-rata amount of that 5.6 week’s holiday, which equates to 12.07% of the hours they work each year.

How do you calculate a zero-hours contract worker’s entitlement from this figure? Easy! You just work out 12.07% of the hours they work in a week.

Say one of your zero-hours contract employees has worked 10 hours for you in a given week. Here’s the calculation you’d have to do:

So a zero-hours contract employee who works 10 hours a week will accrue 72 minutes of paid leave.

You’ll have to do this calculation every week for every zero-hours contract worker on your books. To make things a little easier, we have a great holiday entitlement calculator you can use.

How to Calculate Holiday Pay for Zero-Hours Contract Employees

Employees are entitled to a week’s pay for every week of statutory leave they take, and this week’s pay is calculated based on hours worked, and the amount they’re paid for these hours.

You’ll have to include all statutory pay in the average, such as sick pay, or anything paid during maternity leave. And if the zero-hours contract workers’ been employed for fewer than 12 weeks, just use the average pay rate for the full weeks they’ve worked.

If you pay your zero-hours contract employees on a monthly basis, you can work out how much they’ve paid in a week by first calculating their average hourly pay for the last month.

Once you reach the end of a zero-hours contract employee’s contract, you’ll have to pay them for any remaining holidays they haven’t used.

UK law specifies that if a zero-hours contract employee hasn’t worked for four weeks, you may treat it as the end of their employment. Even if you intend to offer the employee more work at a later date, you’ll still have to pay them for any untaken leave.

Zero-hours contract workers need breaks and holidays just like anyone else. Deny them this and you’ll risk no end of legal trouble while seriously compromising your business’s productivity and reputation. For more information, the government has some great resources, with lots of examples, on their website. 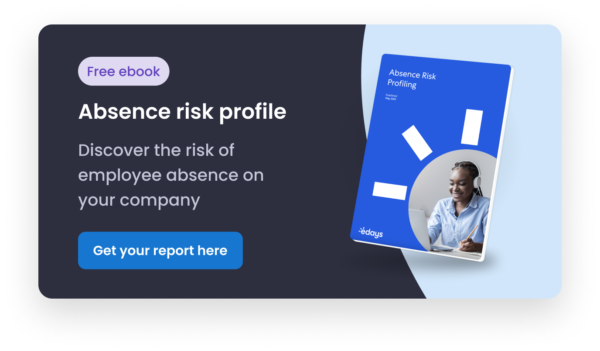 Embracing Neurodiversity in your Workforce

By Dani Mcnabb | News | 6 min read
Read more
Join 250,000 people enjoying Edays monthly insights!
Our website uses cookies that help us and third-party partners remember you and improve your experience browsing our site. You agree to the use of all cookies or you can change your settings.
Cookie settingsACCEPT
Manage consent